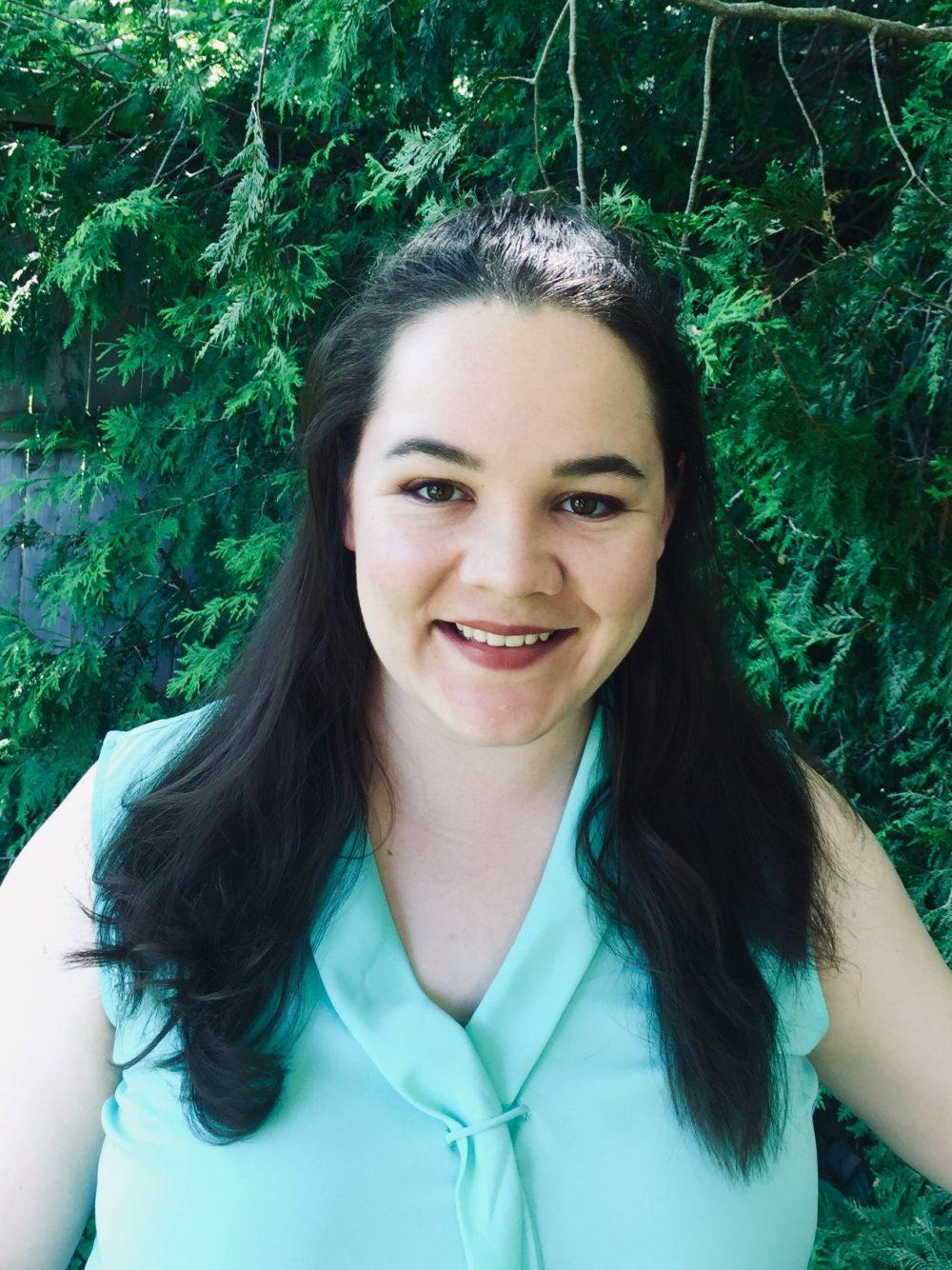 Soprano Meggie McKay is a vibrant and passionate musician, who is at home performing in recitals, operas, and musical theatre. She has a Master of Arts in Musicology with a concentration in Women and Gender Studies from the University of Ottawa (2019) and a Bachelor of Music in Voice Performance from Acadia University (2016). She completed the Artist Diploma program in Voice Performance at Western University in May of this year. Meggie is an avid equestrian and is a provincially-rated dressage rider in Nova Scotia.

Meggie enjoys acting as well as singing and has performed for many years with Quick as a Wink Theatre Society in her hometown of Windsor, Nova Scotia. Her roles include: Lucy Van Pelt, You’re a Good Man Charlie Brown; Rose Lennox, The Secret Garden; Arabella Stannus, Glory Days; and Bertha Mason, Jane Eyre: the Musical. She has also performed as a guest soloist for the Bedford-based Enchor East Chorus, the Eastern Shore Summer Arts Festival, and for the North Grenville Concert Choir in Kemptville, Ontario. She previously performed with the Acadia University Singing Theatre Company and the Acadia University Chorus. In August 2015, Meggie performed the role of Evangeline in the Canadian Premiere of Gwyneth Walker’s opera Evangeline, in the historic Covenanter Church in Grand Pre. Meggie performed the role of Cobweb in the 2018 HSOF production of A Midsummer Night’s Dream. Meggie enjoys stage managing and assisting behind-the-scenes. During her musicology studies, Meggie was a Teaching Assistant for the University of Ottawa’s Opera Productions of Bizet’s Carmen in 2017 and Mozart’s Le nozze di Figaro in 2018. Meggie has won several provincial awards and Equine Canada bronze level championships with her Paint Horse, Jigs. She is passionate about animals and is known around her hometown for her eclectic collection of misfit critters. 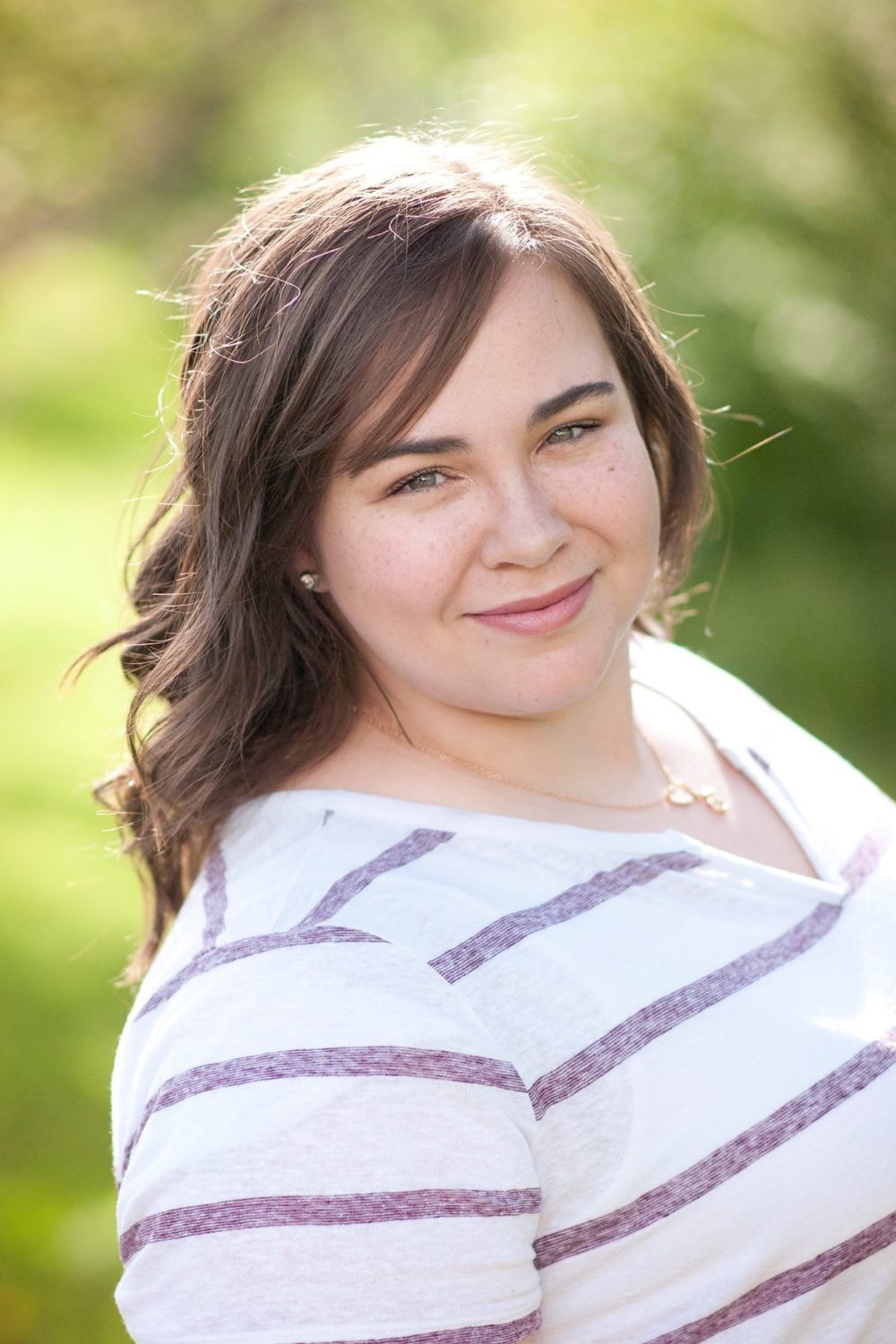 Kelsey Lee was raised in Las Vegas as the oldest of six kids. At the age of two, her parents were leads in the local theatre and brought her along; she was officially hooked. Before university, Kelsey sought out every opportunity to perform in musicals. She has directed, choreographed, or performed in over forty musicals. While attending Brigham Young University – Idaho, she studied with renowned dramatic soprano Kristine Ciesinski and found her passion for opera. She performed as the soprano in the trio for Bernstein’s Trouble in Tahiti at BYU-I in 2014 before graduating with a BM in Vocal Performance. Kelsey is currently attending the University of Oklahoma, studying with Dr. Leslie Flanagan while working towards her masters in opera performance. She is so excited to be here in Halifax and make her role debut as Antonia in Offenbach’s Les Contes d’Hoffman with the Halifax Summer Opera Festival. 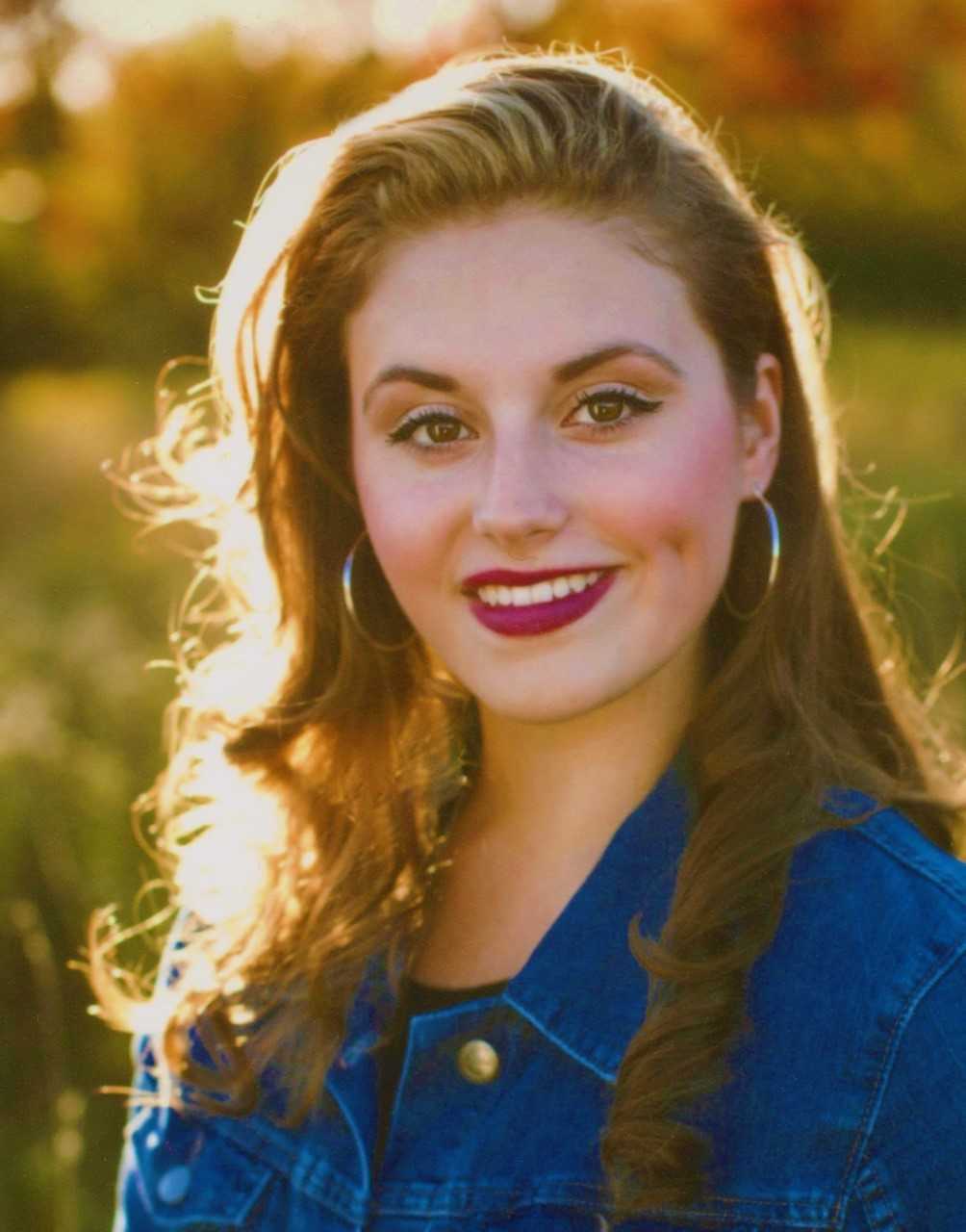 Soprano Olivia LaPointe has been praised often by adjudicators and directors for her musicality and poise. Olivia has extensive experience singing in a variety of genres, as well as acting and dancing. Olivia has performed many leading roles in musicals such as Heathers: The Musical, Evita, Once Upon a Mattress, and the title role in Rodgers & Hammerstein’s Cinderella. She has also performed in multiple shows with Theatre New Brunswick, including the title role in Mary Poppins. She sings regularly at churches in both Fredericton and Toronto and she has performed in many concerts throughout Canada, Maine and New York. Olivia has won numerous awards in her hometown and provincially, and she won first place at the Great Lakes Regional NATS Auditions in Toronto in 2017. Olivia was selected to represent New Brunswick in the National Youth Choir of Canada in both 2017 and 2018. She was also chosen to sing in the University of Toronto’s first Vocalini concert for outstanding undergraduate singers in 2018. Olivia just completed her third year for a Bachelor of Music in Voice Performance at the University of Toronto, where she studies with Frédérique Vézina and is a member of the University of Toronto Opera Undergraduate program. This summer, Olivia is excited to be portraying Antonia in Les contes d’Hoffmann with the Halifax Summer Opera Festival, as well as Lily in The Secret Garden with Opera NUOVA in Edmonton. 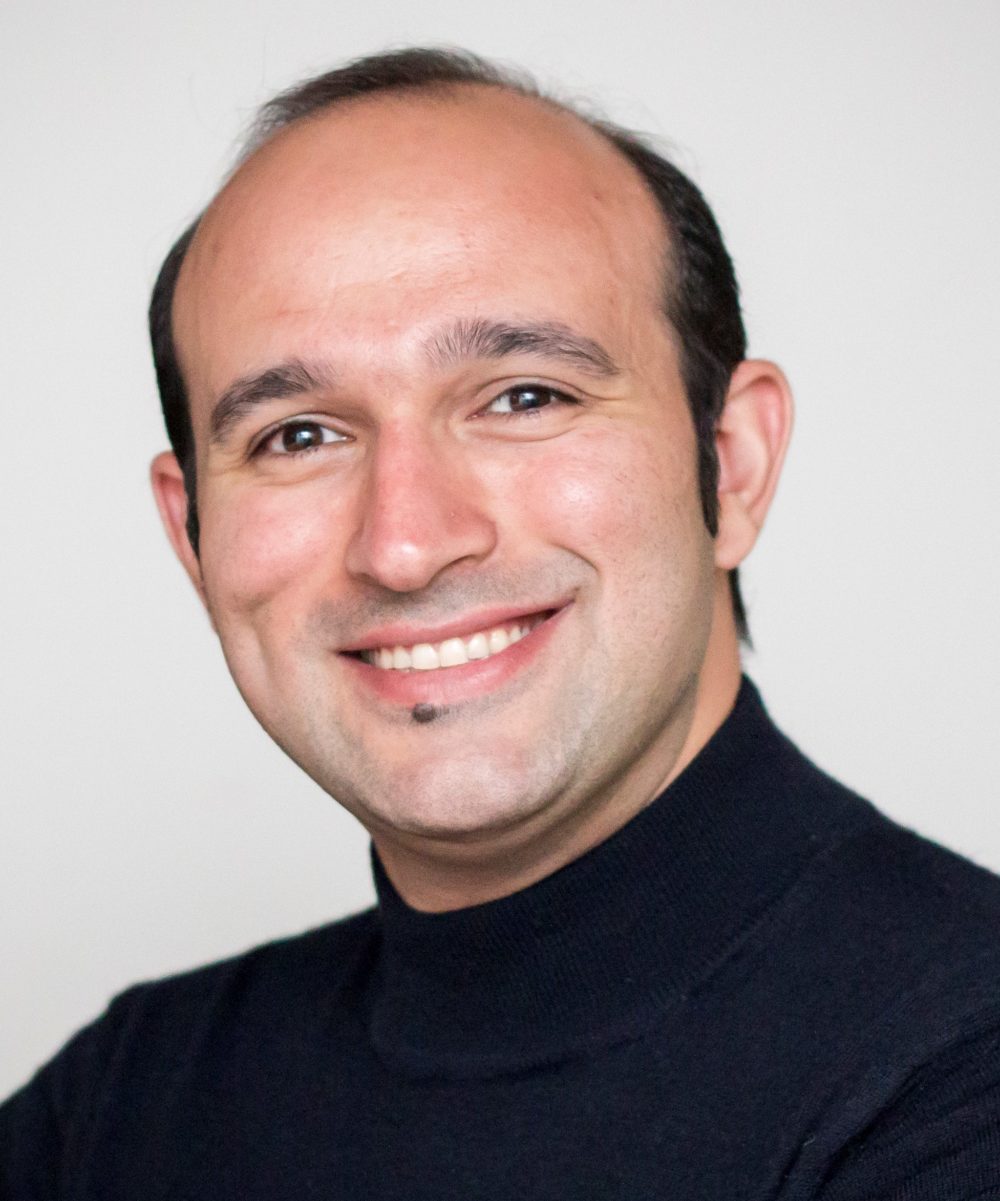 Iranian tenor Koosha Khorramian is thrilled to be performing the title role of Offenbach’s masterpiece Les Contes d’Hoffmann with Halifax Summer Opera Festival (HSOF). His debut with HSOF was in their 2017 season where he performed as Don José in Bizet’s Carmen. Koosha has been studying voice for three years with his mentor, Jason Davis, at the Maritime Conservatory of Performing Arts where he has been awarded three vocal scholarships and more recently has been working with Tara Scott as both repertoire coach and collaborative pianist. Previously, he also studied voice for one year with Ardalan Jabbari and has a strong passion for playing piano. Koosha has performed as a soloist in concerts and recitals including the World Music Museum concerts based in Halifax. Koosha also has sung tenor parts with the Sorayesh choir group from 2007 – 2009, where they participated in the competitive section of the Fadjr Festival (one of the most well-known festivals in Iran), in both 2008 and 2009. Beside his interests in singing and music, Koosha has worked for several years building a solid career as a structural engineer. Recently, he is a PhD candidate in the structural engineering field of the Department of Civil and Resource Engineering at Dalhousie University. Koosha’s possesses a strong passion for opera and is happiest when balancing his engineering career with his strong love of performing opera. 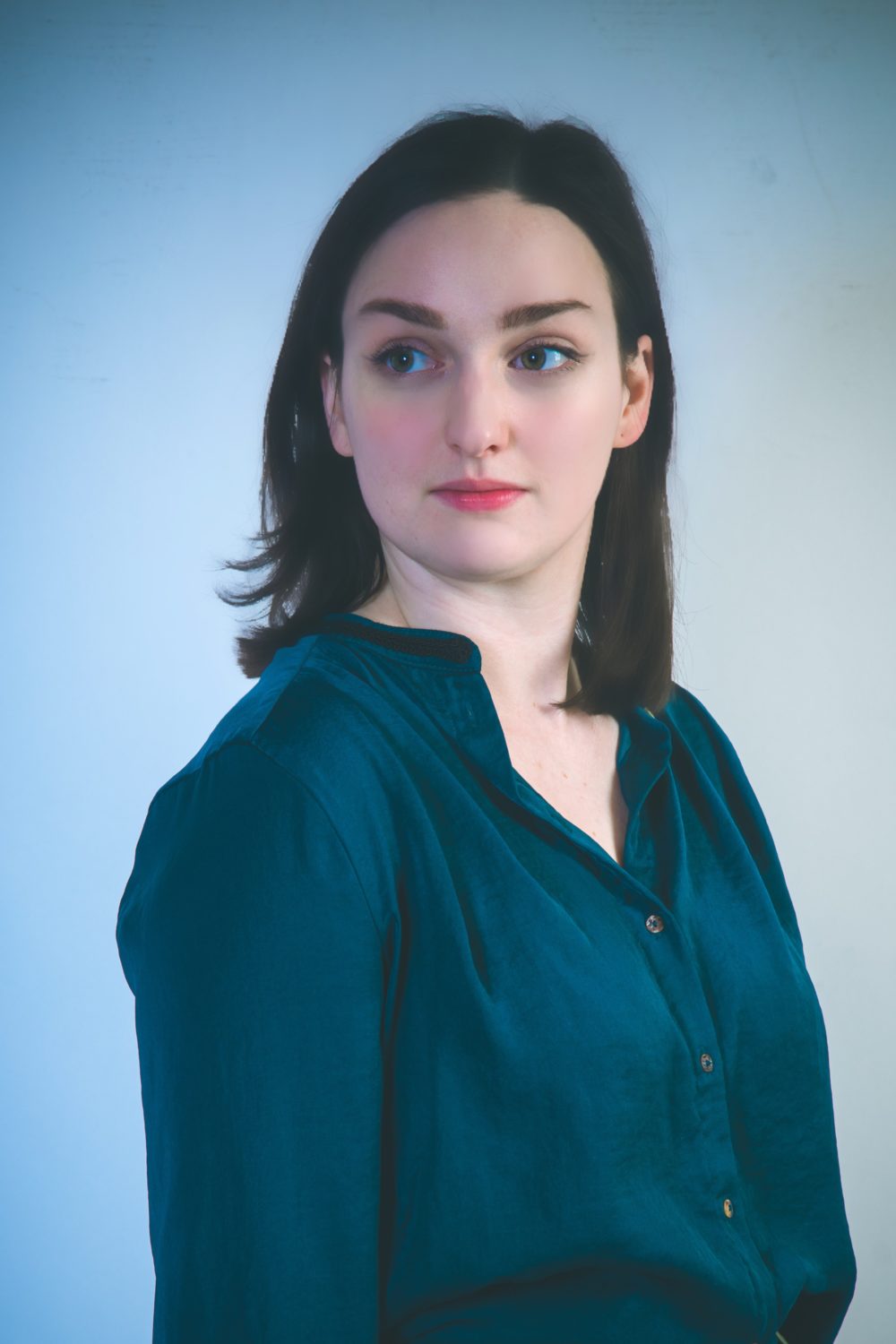 Born and raised in Oakville, Ontario, Julia Kennific is a soprano who lives and studies in Montreal. A graduate of the Canadian Children’s Opera Chorus and the Canadian Opera Company’s Summer Youth Intensive, she is currently completing a BFA in Music (Performance Specialization) at Concordia University. Julia divides her career focus between opera and musical theatre; an accomplished actress, she has been described by reviewers as giving “standout performances” (Montreal Times), “expertly displaying her comedic and vocal chops” (BroadwayWorld). Her recent credits include an ensemble role in Riders to the Sea (Snowglobe Theatre), Adult Woman in Spring Awakening (AUTS), and Blanche Barrow in Bonnie & Clyde (Contact Theatre). She is overjoyed to be working with the Halifax Summer Opera Festival this summer. Julia would like to thank her family for their love and support.