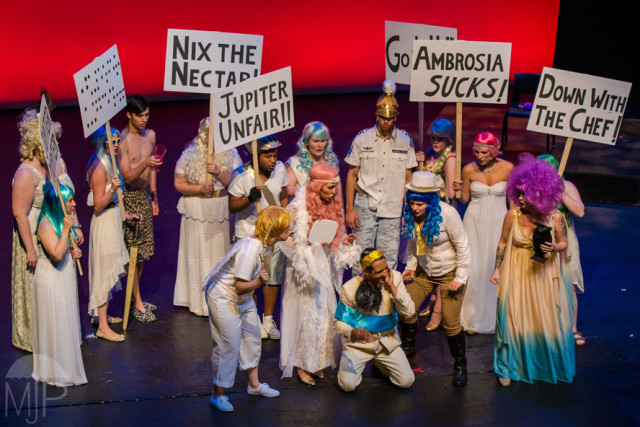 Orpheus in the Underworld

Saturday August 9, 2:00 pm
Sunday August 10, 7:30 pm
Friday August 15, 7:30 pm
Sunday August 17, 2 pm
This hilarious satire on Greek myths is the most popular operetta Offenbach ever wrote. Orpheus and his wife Eurydice are at each other’s throats, she is abducted by a disguised Pluto, Public Opinion drags Orpheus to Mount Olympus and the gods take a vacation in Hades. Full of sparkling music and dialogue, this operetta features the famous Infernal Galop, better known as the Can Can!
ADVISORY WARNING: Orpheus is a lighthearted, silly, but quite adult show! Most of the double entendres will probably go over children’s heads, and the music is very bouncy, but if you’re concerned about adult themes or situations, we recommend you use your discretion.