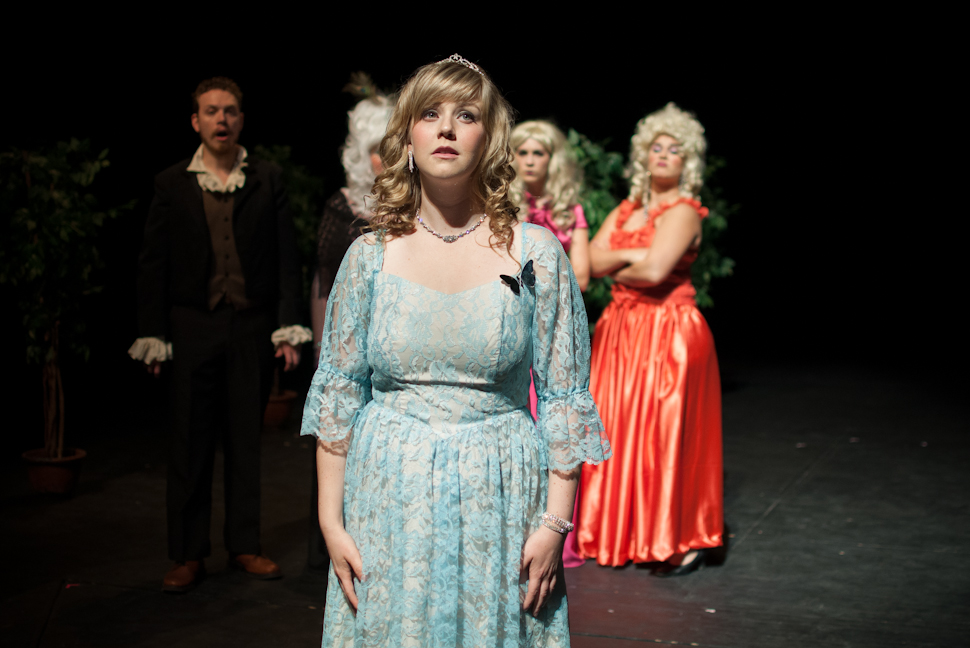 The four-act Cendrillon is “based on Perrault’s 1698 version of the Cinderella fairy tale” and premiered in Paris in 1899, said a news release.

Adapted from the Apocrypha tale of Susannah and the Elders, Susannah “focuses on 18-year-old Susannah Polk, an innocent girl who is targeted as a sinner in the small mountain town of New Hope Valley, in the southern American state of Tennessee,” says the release.

“The opera won the New York Music Critics Circle Award for best new opera in 1956, and is one of the most performed American operas.

“Inspired by McCarthyism, a period of intense fear of communism in America during the early 1950s, the opera contains many feminist themes, with the music including some Protestant hymns and Appalachian folk melodies. The opera is performed in English.”

The performance is conducted by Nicholas Gilmore, with David Mosey and Nina Scott-Stoddart as stage directors, and features collaborative pianist Asher Farber. Performers hail from Nova Scotia, New Brunswick, Ontario and the U.S.

Street Scene received a Tony Award for best original score after its Broadway premiere in 1947. It tells the “simple story of everyday life in a big city, portraying an ethnic melting pot of characters as described in a play by Elmer Rice,” said the release. Langston Hughes created the lyrics.

The performance is conducted by Eric Charbonneau, with Andrew Pelrine as stage director, and features collaborative pianist Chloe Weston and cast members from Nova Scotia, Ontario, England and the U.S.

Proud to be included in their recent opera roundup!

Opera is, by its very nature, queer as hell,” says Nina Scott-Stoddart, the artistic director of the Halifax Summer Opera Festival. “For the company itself, we’re always rehearsing during Pride weekend and finally we got sick of trying to sneak off to the parade and other events, so this year we scheduled the whole festival around Pride.”

On Saturday, the summer program for student opera and theatre singers opens with a Season Launch Cocktail Party and runs until August 16 with mainstage operas, special concerts, a lecture series and master classes. What began as workshop for local and international opera students has grown into a festival. About 60 performers from around the world come to Halifax each year.

In standard opera training, students are expected to undertake summer programs to gain experience in full-scale production. Scott-Stoddart herself is a classically trained singer who founded her own company in Toronto before moving to Lunenburg in 2002, where she realized there were no summer programs east of Montreal.

“Tara [Scott] and I founded the workshop in 2005 to give maritime singers a chance to study and perform closer to home,” she explains. “We’ve added special events, but the core of the festival will always remain the workshops.”

Most of the performers are Canadian or American under 30 and the festival had over 200 applicants for 60 roles from across the country. Aligning with Pride week honours opera’s own subversive history.

“Opera has always been swaddled with connotations of privilege, wealth, stuffiness, incomprehensibility, but it doesn’t have to be that way. My lifelong goal has been to demystify the art form, and we do this at HSOF,” says Scott-Stoddart. “A high percentage of performers are LGBTQ, and many of the composers and librettists of opera were and are queer, but the art form itself has also historically appealed to a queer audience.”

Opera’s emotional intensity and the transgressive traditions of mezzos and sopranos singing young male roles (like in this season’s Cendrillon) are just a few reasons why “opera appeals to all people outside of the usual boundaries of society,” she says.

“We’re even doing a special concert for Pride this year, Opera Backwards, where we’ll tell LGBTQ stories through operatic repertoire. Whether it’s having Musetta from La Boheme serenade an audience of women, or The Grisettes from The Merry Widow performed by men, we’re going to have a damned good time.”

That performance will also be hosted by two key members of HSOF who are also local drag queens.

As the festival’s resources are somewhat limited, performances are stripped down to the essentials, “which lets the work stand on its own merits as theatre,” Scott-Stoddart explains.

The diversity of HSOF’s program–from the fairytale Cendrillon to Kurt Weill’s Tony-winning musical Street Scene to the Emily Dickinson series–can be enjoyed by everyone: “Opera tells a story through music, as good as any Western art ever.” a