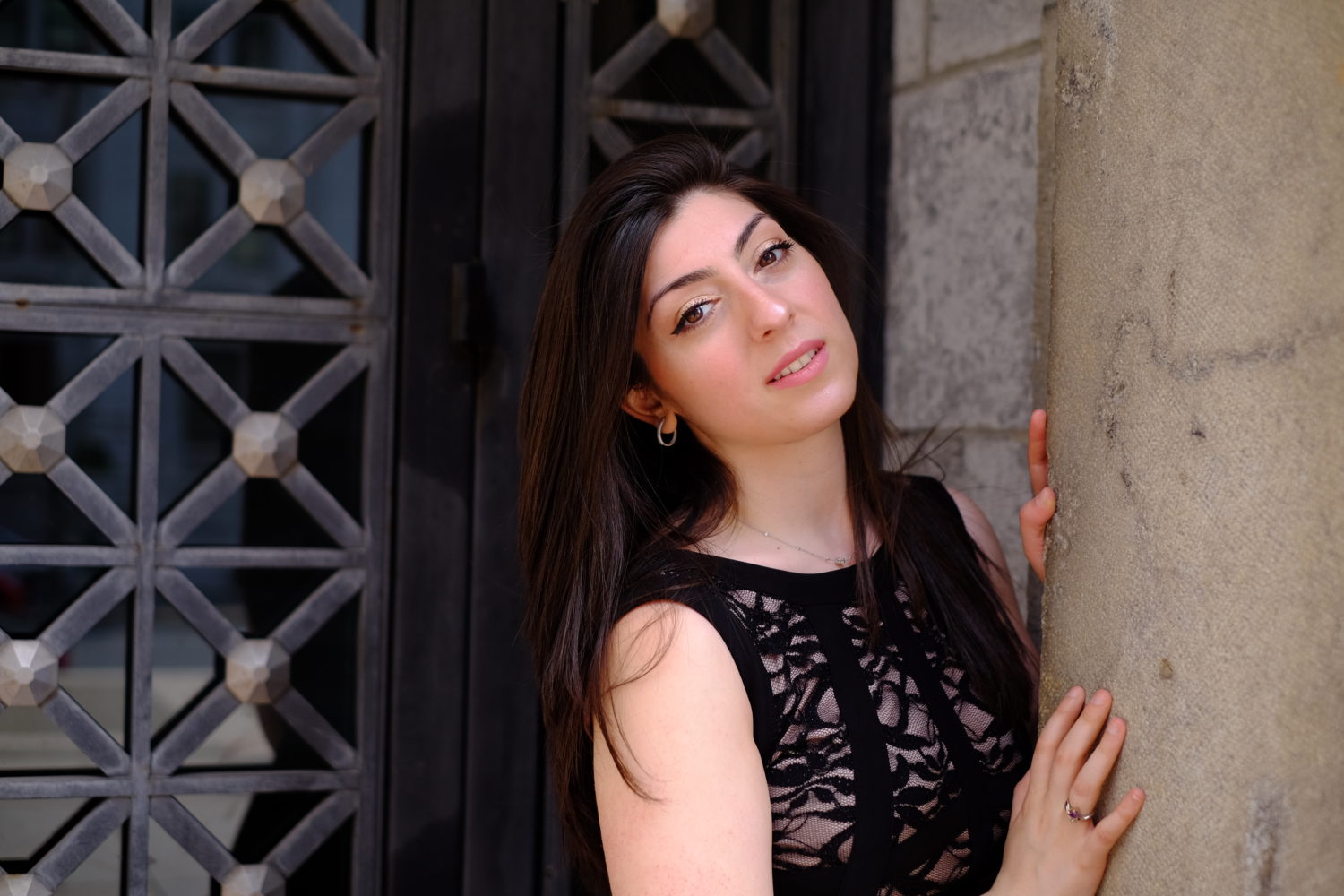 Sevan Kochkarian is a lyric soprano from Vancouver, BC with “a stunning voice and character” (The Contributor). She studied at the Vancouver Academy of Music under the direction of David Meek for five years with an emphasis in Opera before heading to McGill to continue her degree in Voice Performance studying with Joanne Kolomyjec, specializing in Opera. Opera McGill’s renowned director Patrick Hansen and principal coach Stephen Hargreaves accepted Sevan into their studio her first year at McGill where she was part of the main stage chorus as well as a principal role in Michael Ching’s Speed Dating Tonight! (Dater 13/Pathological Liar). Sevan has been seen performing across Canada in numerous different roles such as Papagena in Die Zauberflöte, Paquette in Candide, Mabel in The Pirates of Penzances, Mrs.McLean in Susanna and Adina in Elisir d’amore.

Sevan was awarded a scholarship from the Vancouver Opera’s Guild for showing a promising career in the field at the age of 18 for her hard work and dedication to the arts. That same year she won the first place overall in the Kiwanis Music festival for the opera division. Sevan worked with the ARS in giving a benefit concert to help raise money for the orphans of Armenia. She raised $6,000 to build them a school in Artsakh. Last summer Sevan played the role of Susanna in Le Nozze di Figaro in Lucca, Tuscany with AEDO. Earlier this summer she workshopped a new opera Much Ado playing the role of Hero with Opera Nuova.