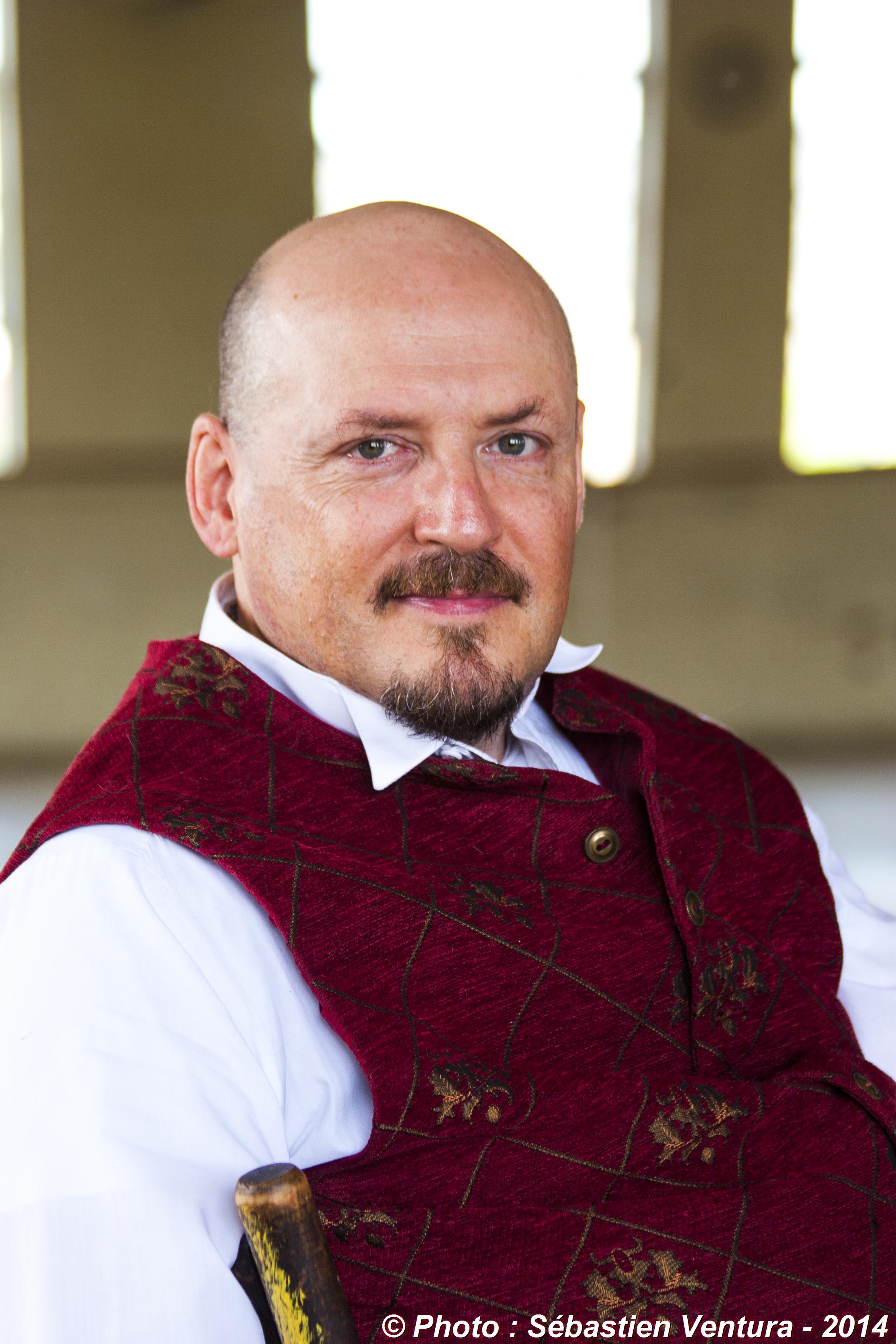 “When I was 19 or 20 my uncle forced me to listen to Verdi’s Aida. I didn’t love opera at that time. He knew all the arias, all the librettos, all the actions and he was telling me what happened, is happening and will happen with such passion that I was at the edge of my seat all the time.”

I was born in a little village in Abitibi-Témiscamingue province of Quebec called La Sarre in 1963. I got interested in opera while I was 19 or 20 years old. My mother’s younger brother wanted to be an opera singer but with his family he worked as an accountant. I was studying trumpet at Cegep de Drummond at that time and during the Holiday that year I went at my uncle who forced me to listen to Verdi’s Aida. I didn’t love opera at that time. He knew all the arias, all the librettos, all the actions and he was telling me what happened, is happening and will happen with such passion that I was at the edge of my seat all the time. I got the sickness… back at my father house, I pass through all is disc and found Aida, Traviata, Suor Angelica, Pagliacci, Carmen of course and some other operas and some discs of Callas, Tebaldi etc.. I listened to them all and recorded them on cassette for my walkman at that time. I must have get through because they stopped working after a while.

None listen to opera in my family except my uncle. Being an artist was not an option for a boy in my family. A real man must have a real job, have a family, a house, a car and so on. So I never been encouraged to follow my dreams. I had studied at University with Colette Boky and in private after that with Mr. Robert Savoie, but lack of confidence made it impossible to perform as a professional in the past.

I started to study voice at Cegep de Drummondville in my 4th years there. I was part time. The first character I sang was Calchas in La Belle Hélène by Offenbach. we still had problems to get clear about my type of voice. For some I’m a bass, other a bass-baritone, for some other a baritone-bass and at last some say I’m a real baritone. Quite confusing for me. So I try to see where my voice is going. I have stop singing for about 15 years. Now I’m working, when I can, with the French Canadian soprano Lyne Fortin.

My first experience was in fact in theater. I was in a private school as a teenager and we had some extra curriculum activities and theater was one of them. I was 13 and the success I had make me wished to be an actor. Since I have played in some plays in French and in English, and I’ve worked in short movies and TV.

Well my choices have changed a lot now that I’m older. When I was young I wanted to do all the dramatic roles possible. Rigolette, Padre Guardiano, Mephistophelese, Iago, Don Quichotte by Massenet, Golaud from Pelleas and Melisande etc. As you see I was travelling between bass and baritone roles. Now I wish to do thing much more funny. Dandiny from Rossini’s Cenerentola, Belcore from L’elisir d’amore, Dr. Malatesta from Don Pasquale by Donizetti, and operettas Offenback but also Gilbert and Sullivan. I was last year Don Alhambra in “The Gondoliers”. Yes some dramatic role as Riccardo from I puritani by Bellini and Posa form Don Carlo by Verdi. I wish also to learn russian for Eugene Oneguin by Tchaïkovsky

Well Olympia from Les contes d’Hoffman is very funny when it is properly done. Carmen wow if I was a woman I would love to be a Carmen. Male roles… well I have studied Patre Guardiano, Don Quichotte, Sarastro, Philippe II, those are some role I would like to sing.

Right now I would say Kaufmann. I love his singing and his acting. He is probably the best actor in opera of our time. I love listening to Ettore Bastianini. What a wonderful baritone he was.

What’s the most embarrassing song on your phone/tablet/streaming playlist?

I don’t think I have such music.

Well I’m not sure I understand the first part of this question. I know that Wajdi Mouawad had staged a Cosi fan tutte without all reference to muslims. I’m not sure I’m very happy with that. Wajdi is a superb stage director. He loves singers and working under his direction is a wonderful experience. But changing a Mozart opera… we have to remember that it was written in another age and another culture. Is it racist? Well, worse things have happened in this world.

How do we make opera relevant to the next generation? Well government should stop cutting everything they can and put more into culture. Music and art should be part of all school curriculums. But we, as artists have to be teachers. Now when I’m doing a concert, I like to explain what the aria is about, what I’m saying and what happens in the opera when I’m singing this. It is the way my uncle made me looooove opera. How can people be interested by something in a foreign language with no preparation?  And please stop having the subtitle at the opera. That split the public’s attention and they can’t concentrate on the action on stage.

Well as I have started singing again, I need to meet some other singers. Being in the process of building something and presenting to the public, I will surely learn from others and I hope I may be of some help for others.

Are you a participant or staff member this year? Why not submit your own answers to our questionnaire!