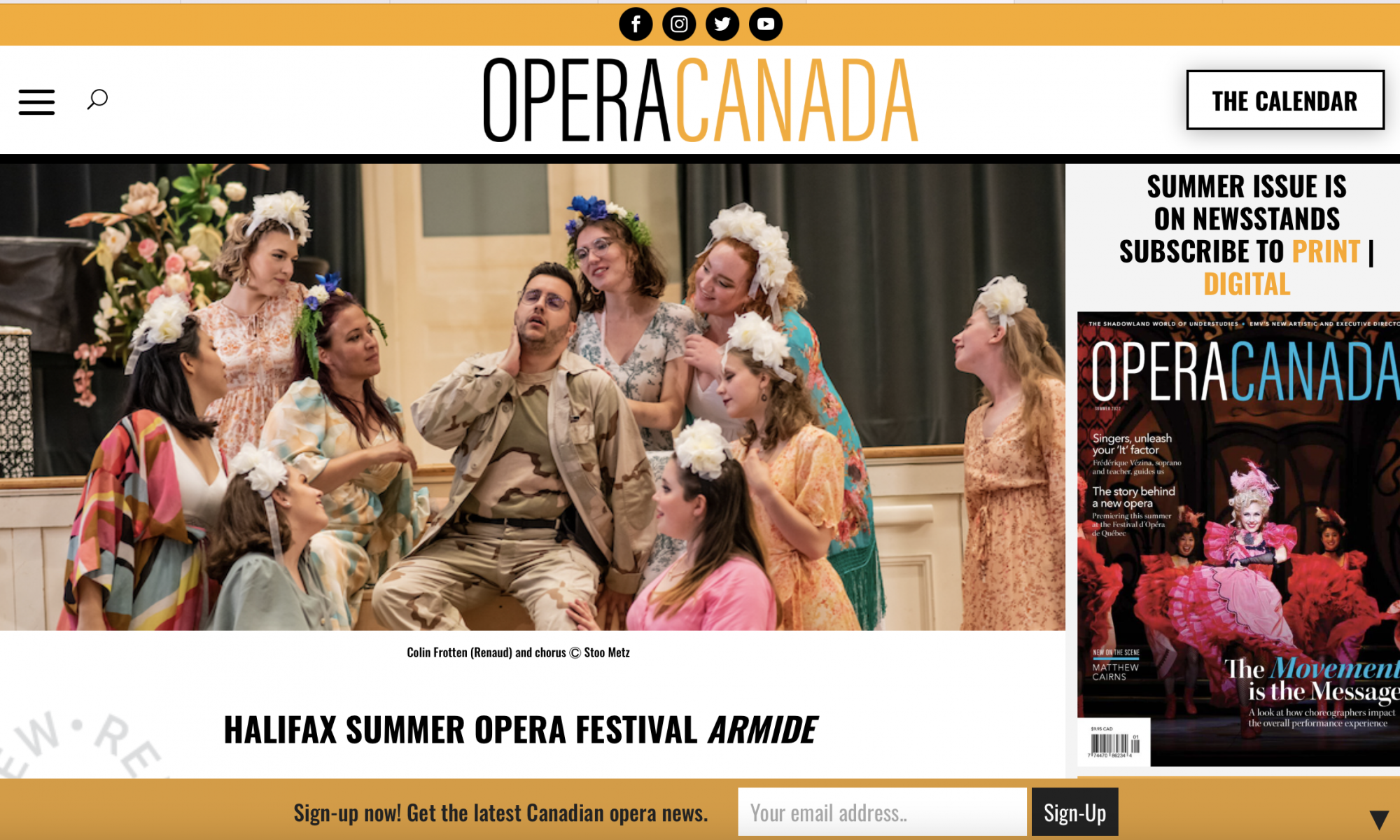 “A magical show” says the Opera Canada review of our 2022 opera, Armide! Thanks to reviewer Daphna Levit and congratulations to all our participants!

Read the entire review at the Opera Canada website

“The production was double-cast and although it was the same production, same staging, some of the same singers and the same orchestra—each cast produced a spectacularly different outcome. On August 13, Armide was performed by Megan Cullen, a dramatic soprano with an enormous voice, who clearly controlled the full range of her vocal power to suit the capacity of the hall. Her Armide was an imperious warrior, commanding and unbreakable. Tenor Colin Frotten as Renaud in both casts was superbly and completely diminished by the spells and the force of Megan Cullen’s Armide. Released from the spell, Renaud became the haughty, glory-seeking hero he had been before meeting Armide. His character changed, but his voice was constant.”