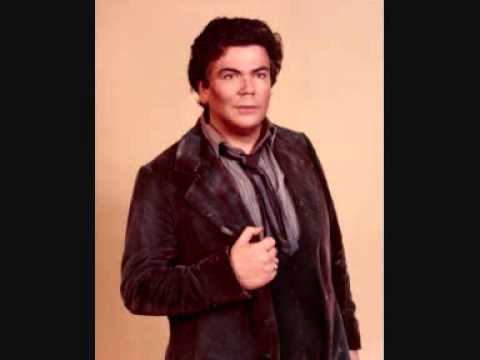 First of all, a little story. I had the pleasure of meeting legendary tenor Ermanno Mauro last fall, when I was in Toronto doing auditions for HSOF. His dear friend, Lorraine Stewart, had arranged our meeting so we could talk about our mutual interest in helping young singers learn to perform opera, and I made sure I was right on time. Nervous as hell, but right on time. From the moment he opened the door to his lovely home, I was enveloped in the kind of old-fashioned gallantry and courtesy that I believed had vanished from the earth — so the first thing I learned was that Ermanno Mauro is utterly and completely charming.

There is a hallway in his home on whose wall hangs row after row of press photographs of Ermanno in costume, mostly from The Metropolitan Opera. Most singers I know have versions of this kind of wall — mementoes of the roles we’ve sung and the places we’ve sung them. I had never, however, seem anything like this.

We made opera small talk as he prepared risotto for our lunch. It’s not quite small talk when you’re speaking with someone who made his Met debut filling in for Jon Vickers in Pagliacci, but Ermanno was ceaselessly polite, accepting my contributions to the conversation with grace and kindness.

The next thing I learned about Ermanno was that he is a helluva good cook. I would have accepted anything cooked for me by one of the greatest tenors of our time, but this was really, really delicious. Our conversation was hilarious — Ermanno is smart, funny and passionate about music. He also tells really good dirty jokes in a very gentlemanly way.

Ermanno is famous for not having wanted to do studio recordings, which is why he’s not as well known as his colleagues of the time. I had heard a recording he made with the Edmonton Symphony, and I had heard a number of snippets collected on YouTube from mostly pirated recordings of live performances, and I had grown to love the combination of power and supreme musical beauty his voice presented. At my request (I knew it was a bit tacky, but I was pretty much infatuated at this point) I asked him to play something. I can’t even remember what he played, but it was Verdi and it made me cry. Like a baby.

Out of this meeting and from Ermanno’s desire to help young singers, came his willingness to come to HSOF this year, give a masterclass, coach a small group of singers in the last act of La bohème and perform himself at a concert for us.

More details to follow, but the masterclass will be open (for a fee) to the public as will the concert, which will include the Mauro-coached and-directed last act of Boheme as well as the man himself.

And I couldn’t be happier to play a small part in bringing this great tenor to Halifax — he is an extraordinary musician and a truly inspiring man.

Ermanno’s Masterclass will be Thursday July 31 from 8 to 10 pm, place TBA.